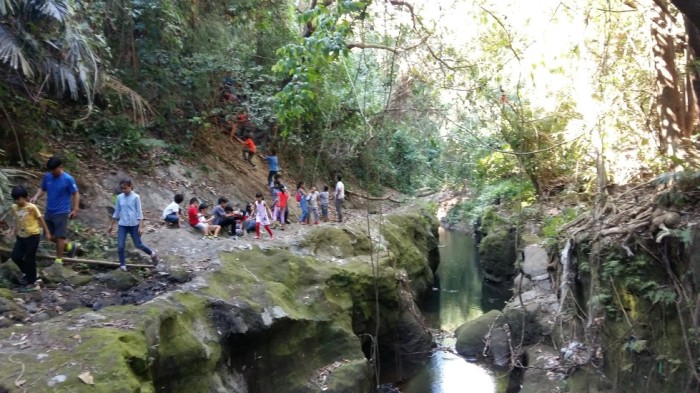 Homeschooling families from as far as Angeles, Pampanga went all the way to Silang, Cavite for Gopala Learning Haven’s first Homeschool Festival.  We got there just in time for each child’s release of butterflies from triangular, folded pieces of papers.   It’s been a year since our love affair with Gopala started and it’s a joy to see the new additions to this idyllic place that I wish was located closer to us so that we can go there every day.

Laksmi found an amazing bargain that turned out to be Jimmy’s dream playroom.  A kids activity center closed down in one SM mall and the owner was selling all the mini houses as a package deal.  Laksmi got the whole lot for a song and the owner said that something curiously held him back from selling to other people who inquired.  When he heard what Laksmi’s learning haven was all about, he readily parted with the play houses.  He admired what Laksmi was doing, providing space for kids to run free in nature.

The room below the eating area was transformed from a rundown storage place into a workshop for arts and crafts.  The books that were in the playroom before found a new home appropriately in a more quiet area.   As always, Joshua had a ball biking through the gently sloping green.  Dads were content to lounge in the hammocks among the trees while mothers discussed homeschooling issues.

The highlight for everyone was the steep trek to the river but do not let the gorgeous photos deceive you.  Pollution comes from the neighboring golf course and there are plastic trash strewn among the tree roots, begging for a clean-up.  Gopala regularly conducts this but a clean-up a few times a year is not enough.  People whose garbage end up where they shouldn’t be must be held more accountable. 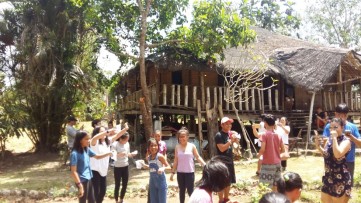 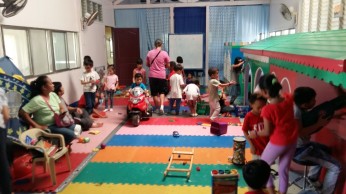 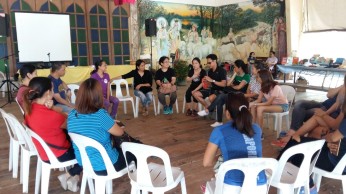 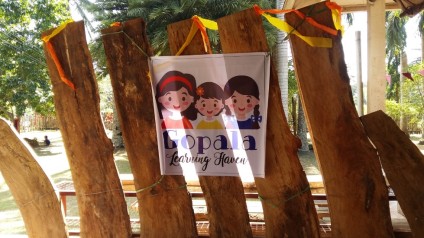 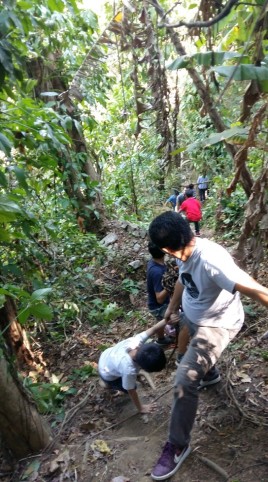 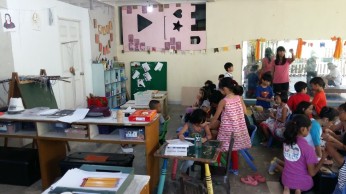 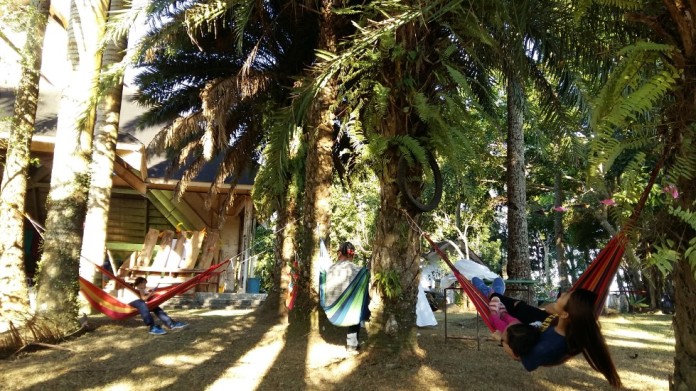 We wanted to press forward and go on walking past the area where we landed from the sloping side of the land but we weren’t allowed to do so since the group was too big and some may not be prepared for a distance they say takes about two or three hours to traverse.  We’re already excited about the longer trek next time.

One thought on “Gopala Grows”